If you are an existing customer or trial user of TSR, we will contact you directly regarding how to get the new version.
If you do not currently have a TSR account and would like to try TSR, please click here…

Below you can see some of the features, which we’ve introduced.

As always, if you have any questions or need help with anything, just let us know.

Use your mobile devices such as smartphones to report time via the TSR WebAdmin.
We have created a web interface that is optimized for smartphones, so that if you don’t have access to your Microsoft Outlook calendar, and only have your smartphone with you (iPhone, Android, Windows Phone, etc.) you can still report time and list your time entries.
Just access TSR WebAdmin via your smartphone and you will be presented with a menu  that lets you report time, create new time entries, submit them, etc.
See this feature in action – Click here… 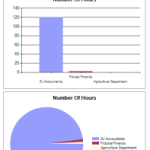 In the reporting function of TSR you can now also select to have the reports presented graphically as pie charts and bar graphs.
This will give you a really nice overview, and comes in addition to the table formatted reports that you know today.
See this feature in action – Click here…

The new hosted version of TSR is hosted on Microsoft Windows Azure. That essentially means that Microsoft is now hosting TSR. This among other things means more uptime, more stability and faster response time.
It also underlines our close ties with Microsoft to ensure you get a great product experience.

You may have some users who should be able to view reports, but only for themselves and still not get data about other users and projects that they are not attached to.
We’ve therefore added a Permission called ‘Only Personal Reporting’. Users who have this Permission will be able to generate reports related to only their own time.

Let’s say that you create a new TSR appointment in Outlook, and you select an Organization which only has a single Project attached. Now that Project will be selected automatically. If you only have a single Activity attached to that Project that Activity will also be selected automatically. This makes things even faster and more efficient for you.

When using the standard general report in TSR, it can sometimes be useful to split the report by user, to get an even better overview. We’ve added this as an option you can select when generating reports in TSR WebAdmin.

When installing the TSR Outlook User Agent, you will no longer have to select the proper version of Outlook. TSR will auto-detect this version and do it for you.

You do no longer have to list your time entries with TSR and then delete them if you wish to. You can now delete them directly in Outlook as you can with all other non-TSR appointments.

To make installations easier for administrators, the TSR Outlook User Agent for the hosted version comes with an INI-file where you can set different installation settings, so that the users do not have to.
This is now also available in the On-Premise version of TSR.

In the earlier versions of the hosted TSR, you would not be able to use the program if you were behind a proxy. In the new hosted version we support proxies, so that if you are sitting behind a proxy, TSR will still work.

Besides the above we have also added other improvements which makes TSR even more efficient and better to use.

How To Continue From Here - What You Should Do Now

Charities
For every new license bought we will donate to a charity.